I spent most of the day planting trees in the forest and I'll do the same tomorrow. This video (in Swedish) shows how it's done.

And So It Begins 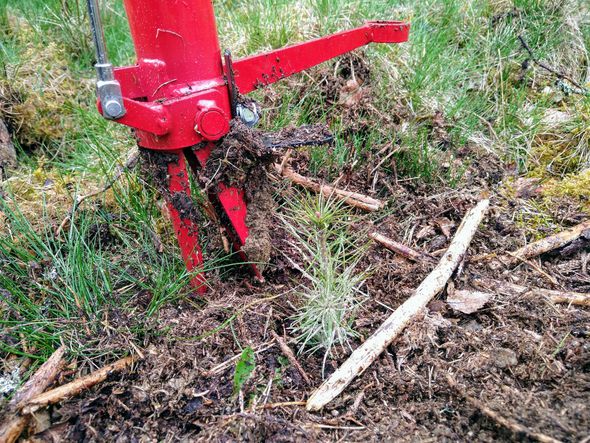 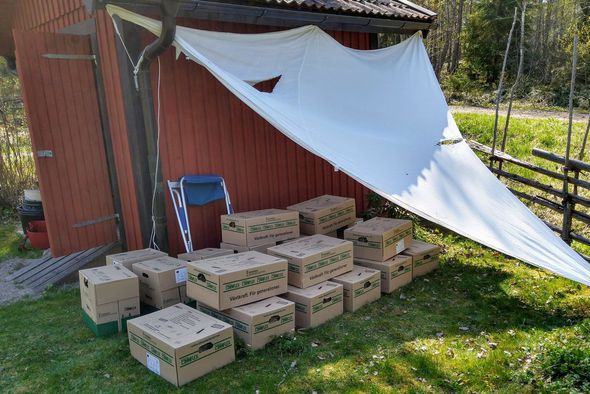 So this is what 4000 saplings look like; I was quite unsure how many boxes this would turn out to be. They were delivered yesterday, in frozen state, and now they have to thaw in the shadow for a few days before the boxes get opened and the seedlings planted as quickly as possible. It looks like there is a rainy week coming up, which should be perfect.

I am as quick in dismissing anything that sounds like a conspiracy theory as anyone. But I also recognize that the perceived consensus is oftentimes just that, perceived.

This is also true for science. While we often claim that everybody tries to disprove everyone else to gain recognition, the reverse is more often true. Going againt the mainstream opinion is costly, it damages reputations and funding; after all it is others in the same field who get to decide what is good science, and what is bad.

Which brings me to this article, which argues that a lab origin of the COVID virus it is not as unlikely as generally believed. The author shows that the pieces that very much shaped the consensus are not very convincing, that virologists know this but have no strong incentives to make this opinion heard. That the lab-origin claim is associated with Trump does not help.

As a layman I have no strong opinion on this, of course. But dismissing any possible origin of the Coronavirus out of hand does not sound right to me. Needs more research!

Is the level of competition among researchers in astronomy dialled in to the right amount? This is a question that came up among collegues yesterday. It was formulated less general, more like "Is there too much competition?"

I think I am not alone in having the gut reaction of answering "of course, it is too much!". I generally avoid competition and don't think I am good at it. In addition though, it is bad taste to admit being competitive and we sure want to appear pleasant to our peers, so how much can we trust the answers to such a question? I don't even have intentional deception in mind here, but the disconnect between the truly-believed positive self-image and actual behaviour.

In any case, there was a little ad-hoc questionnaire sent around and I might as well put my answers here as well, in bold and as comments below.

A small questionnaire on Competition in Science

There is a considerable, and probably strengthened, competition in science today as regards getting jobs, as well as in financing and getting other resources for research projects. Among scientists there are different opinions on the effects of this [... and] I would need some guidance from you as regards this, and therefore I ask you to fill in this questionnaire.

Jobs. The competition in the career for jobs is

Resources (financing etc). The competition for resources is

The sociology of scientists is not well understood by ourselves. We are as unwilling to admit to being motivated by “wanting to look good” in the eyes of peers as anybody else, but everything is shrouded in the code of pretending that scientific results are the only thing that matters.

Chesterton’s fence comes to mind also. One should only be allowed to change something if one first understands why it is the way is right now. I think most of us have a too simplistic and personally-coloured picture on this topic to pass that criterion.

Today is one of those days that make it hard to write even a single line. I had several attempts during the morning but found my mind to be too preoccupied with other things, from work to all kinds of nonsense, to even think of something I could attempt.

This is however exactly why I try to keep the habit, no matter what. Getting over the threshold and putting out these few words will lower the hurdle in the long run. At least that is the hope and I have to remind myself because today it does not feel like it works. Oh well.

Apropos preoccupations, observing how little control one generally has over what the own mind occupies itself with, is a bit of a double-edged sword. On the one hand, noticing and admitting this fact must certainly be the first step towards changing something, or even decide if change is desirable. On the other hand, even after a small amount of practice in meta-awareness, it is laughable how easy it is for certain thoughts to take over awareness and jerk it around. I blame the default mode network.

Do you know the saying Only Nixon could go to China? I didn't 'til just now. It refers to the 1972 visit and as a metaphor means that somebody (or an organization) that has a reputation to strongly lean one way, has much more leeway to act in the opposite direction than someone else.

A few examples that come to mind immediately:

Interestingly, politicians usually don't want to be "caught" changing their mind on some issue, which might not be the optimal strategy in light of the above.

And it should be very effective for someone with an agenda to try joining the other side and change their stance from within; the low chances of success might be outweighed by the larger impact in that case. The episode of The West Wing about a gay Republican (in the early 2000s) fits that idea.

I think Nixon in China is one of those mental models that is worth keeping in the back of one's mind for a while and see how many more examples show up.

Two of the podcasts I listen to just covered a similar topic: How societies handle disaster, why we usually are unprepared, and how we could do better. Both are above the usual crop and thus highly recommended!

Sean Carroll talks to Niall Ferguson about a large variety of things. Too many bits of wisdom to even try picking a quote from the transcript.

Sam Harris brings on Rob Reid who delivers a riveting monologue, broken up by discussion, that vividly outlines why synthetic biology can pose a real threat, and what can be done to put countermeasures into place early enough. Four hours well spent! 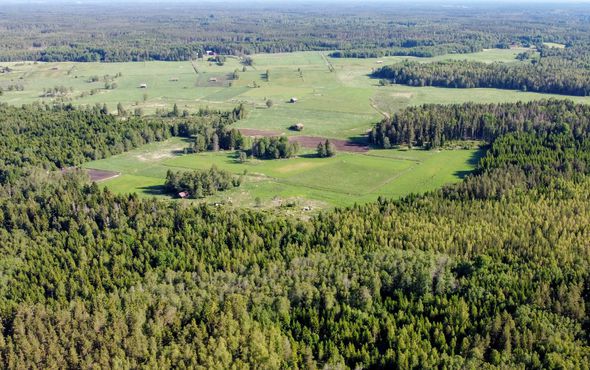 A patch of fertile land in the vast surrounding forest.

How To Write Effectively

A colleague recommended this video the other day, and it is indeed very worthwhile 80 minutes of your time, if you do any kind of scholarly writing, or are at least somewhat interested in writing at all.

Nobody cares about the inside of your head. Unless they are paid to do so.

Oftentimes we write because it helps us think. This is fine but orthogonal to how it gets read, thus rewrite for specific target reader.

Writing success is to make it valuable to the reader.

What you write is not for eternity, it is to bring the conversation forward.

The performance of the speaker felt over the top at times, I was reminded of how faith healers talk:

"Forget everything you think you knew! Even the things that I tell you you thought, even though you did not think you did. Because here comes the revelation!!1!

But it became clear that he is much self-aware of this and manages to keep an undertone of irony and self-deprecation throughout. At the end he apologizes for being theatrical. Here's the link once more.

One thing I very much like about my current role at work, is that I do not have to write grant proposals and journal articles any more. I was never comfortable with that and therefore not good at it either. Would this video have helped, had I seen it during my time as a student? Maybe. But is quite possible that past me would not have understood it.